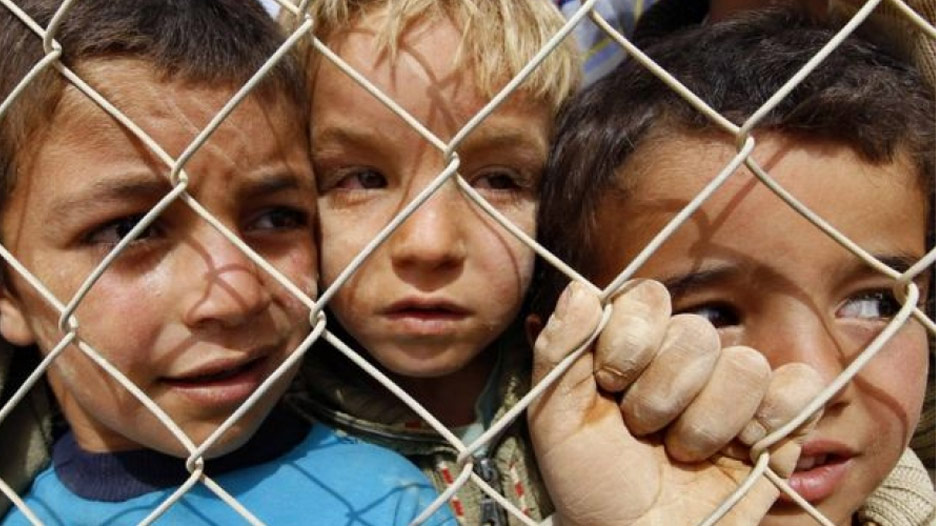 Everyone it seems is dusting off his Bible to justify what is happening on the Mexican border. No one in the Trump Administration has gotten into the Book of Matthew yet. Some critics have, and they are starting to quote Jesus from the King James Version of the Bible that uses the English word suffer instead of the word “allow” or “permit.”

In Matthew chapter 19, verse 14, Jesus says, “Suffer the little children to come unto me, for such is the kingdom of heaven.”

There are plenty of other versions that don’t use the word “suffer,” so there is no excuse for quoting only this Biblical imperative.

The word “suffer” is mentioned around 165 times in the Bible. It has two meanings. One, meaning physical suffering as in the Book of Job, and two, meaning to “allow” or “permit.” Most of the meanings in the Bible are the second meaning. For those of you who want to dig a little deeper, here is a good starting point.

This is a complicated and vexing problem. But there is no reasoning—only bullying and denial.

America’s cultural DNA is manifest here. We have choices and finger-pointing is the least effective. The number of kids involve is too small, under 10,000. The news media, as Katy Tur did on MSNBC on June 18, 2018, has started projecting the number to be twice as big—20,000 by the first of August. Oh, that sounds better, but to what end? And mistakes are manifest everywhere and the facts are on the loose again. Here the Washington Post has an analysis of what is being said and done. It’s time to improvise, to look for new solutions—that is what we are made of.

Just as the Mexican border immigration has a broader and more troubling background, so does what Jesus had to say in the context of his admonition to allow the children to come to him. Here is the part we don’t read from Matthew, Chapter 18 (KJV):

“At the same time came the disciples unto Jesus, saying, Who is the greatest in the kingdom of heaven?

2 And Jesus called a little child unto him, and set him in the midst of them,

3 And said, Verily I say unto you, Except ye be converted, and become as little children, ye shall not enter into the kingdom of heaven.

4 Whosoever therefore shall humble himself as this little child, the same is greatest in the kingdom of heaven.

5 And whoso shall receive one such little child in my name receiveth me.

6 But whoso shall offend one of these little ones which believe in me, it were better for him that a millstone were hanged about his neck, and that he were drowned in the depth of the sea.

7 Woe unto the world because of offences! for it must needs be that offences come; but woe to that man by whom the offence cometh!

8 Wherefore if thy hand or thy foot offend thee, cut them off, and cast them from thee: it is better for thee to enter into life halt or maimed, rather than having two hands or two feet to be cast into everlasting fire.

9 And if thine eye offend thee, pluck it out, and cast it from thee: it is better for thee to enter into life with one eye, rather than having two eyes to be cast into hell fire.

10 Take heed that ye despise not one of these little ones; for I say unto you, That in heaven their angels do always behold the face of my Father which is in heaven.”

What’s your take? Do we hear an Amen?

The easiest way for you to stay on top of what’s happening at Free American News is subscribe to our weekly update. Out every Friday morning, bright and early, it lists the latest post and has some exclusive extras. Please use the pop-up subscription form or click on the subscribe to newsletter box on the lower right-hand column.
Go to the Newsletter Subscription page
« Previous post
Why “Just Say No” To Drug Abuse Failed
Category
Community
Next post »
Helping Prevent Drug Abuse