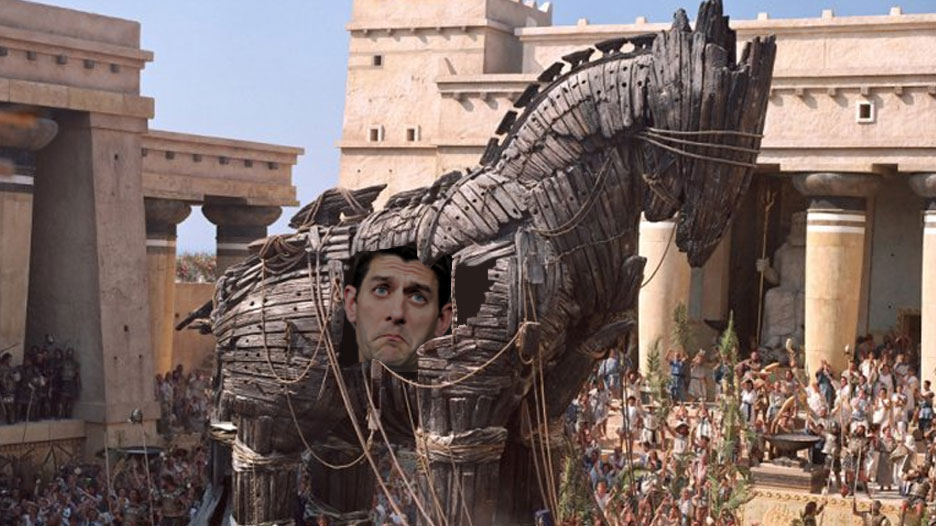 Tricksters pretend to be the benefactors of their world. They aren’t. Rather, they are a character in a story who exhibits a great degree of imagined intellect or secret knowledge they use to play tricks or circumvent normal rules. The trickster can appear as a coyote, a raven or other character or god, but it can transform itself into a man when in full deception mode. They are integral to understanding most cultures.

While Greek gods such as Prometheus, the god of fire, and Hermes the patron of thieves and lying, are more commonly seen as tricksters, Odysseus, the Greek name for Ulysses, did get in line for some of the trickery he used to sack Troy and to get back to Ithaca. An 12,000 line epic poem/song by Homer tells the tale. Here is the latest and best version, the first translated by a woman.

Paul Ryan has no songs. He claims to be the Speaker of the House (of Representatives). In fact he is only speaker for slightly more than half of the House. Something about a house divided comes to mind, a warning from Abraham Lincoln. He further claims to speak for the American People, a deception of gargantuan proportions. Ryan giveth with the large print and taketh away with the small print. He gestures with his left hand for inclusion and leads with right for exclusion. Spoiler alert: he is right-handed. 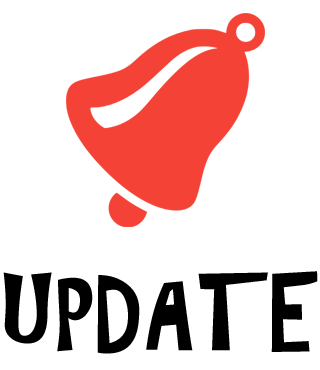 Now we know (April 11, 2018) that The Trickster is going back to the Cheese State of Wisconsin. He is not running for re-election. The staggering development here (some saw it coming) is that Ryan is second-in-line to be president. Pence is first. Ryan next. If the Democrats take over the House (a possibility by the hapless ones), then a Democrat would be second in line to be president next January. Interesting. Look for that as a campaign strategy by the Republicans.

The Greek chorus was an integral part of ancient Greek theatre, a group of three or four performers who looked alike and spoke all at the same time. Their part was to comment on what was being said and help the audience know what the characters in the play were thinking. The chorus usually sang, or spoke. We honor that tradition here
hide information
Black Eye Peas
“Don’t Lie”

I admit that I've been a little immature
With your heart like I was the predator
In my book of lies I was the editor
And the author, I posted my signature
And now I apologize for what I did to ya
Updated Posts
Patriotism, the Flag and the NFL

The easiest way for you to stay on top of what’s happening at Free American News is subscribe to our weekly update. Out every Friday morning, bright and early, it lists the latest post and has some exclusive extras. Please use the pop-up subscription form or click on the subscribe to newsletter box on the lower right-hand column.
Go to the Newsletter Subscription page
« Previous post
How Much Is $4.4 Trillion?
Category
Myth Makers
Next post »
Facebooked