MENU
Our Greek Chorus
Opinions of The Vigilant

The Greek chorus was an integral part of ancient Greek theatre, a group of three or four performers who looked alike and spoke all at the same time. There were no strict limits to their roles and numbers. Their function was to comment on what was being said and help the audience know what the characters in the play were thinking, in many cases saying what the actors could not say or express. The chorus usually sang.

Masks enabled them to create a sense of unity and appear as one, with one voice. With the masts they could bring the message and the meaning closer to the audience without  distractions.

We honor that tradition here. We use a variety of Greek Choruses, some sung, some said, some acted out. The goal is the same: to broaden and illuminate the post.

Check out some examples

NBC News Monkeying Around With Us 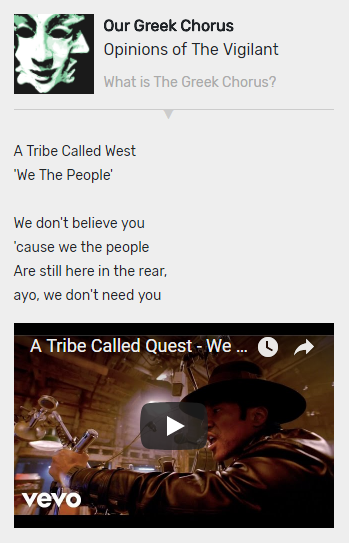 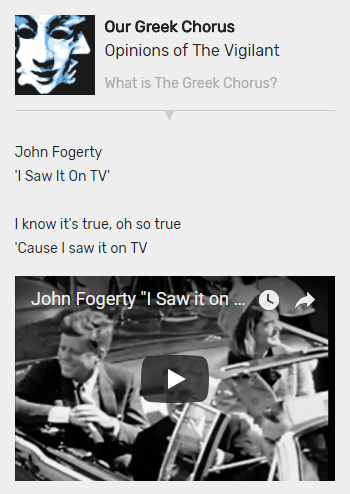