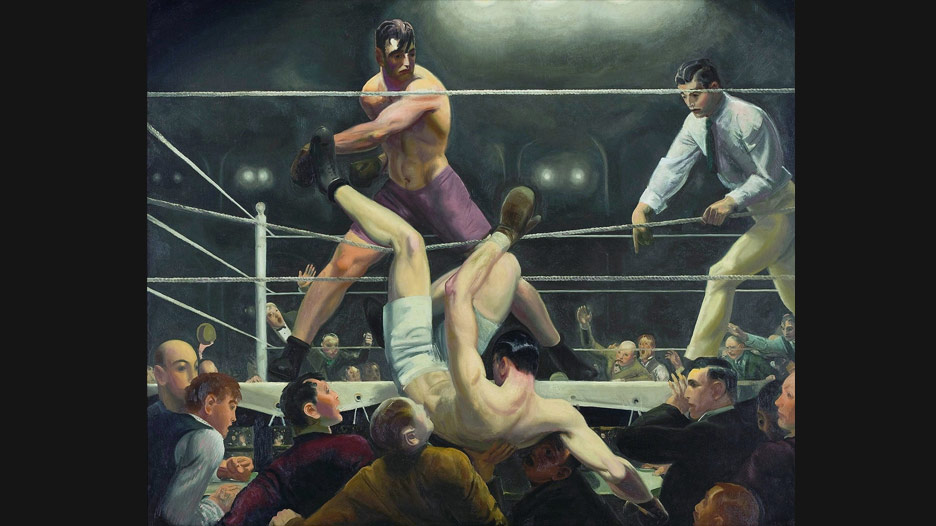 Why is so much of our public dialogue—especially on cable news—framed as an argument, a fight? Why do we fight cancer? Why do we want a candidate to go to Washington to fight for us? Why do we have to fight city hall? Why is the choice fight or flight? What does “fight like a man” mean? Is speaking softly and carrying a big stick in Teddy Roosevelt fashion nothing more than a pretext for a fight?

Is it time to bring back dueling in lieu of fighting in Congress over public policy?

I’ve had three formative experiences with fighting. The first was when I was a kid of less than eight years. My brother was a year older. We fought like brothers and when it interfered with our father’s studies, he had no interest in moderating a who-started-it yelling match. Instead, it was his habit to make us put on boxing gloves and go at it. No rules. The last one standing won, and in a perverse way, my father concluded that the winner was the blameless one.

I suspected he liked it that way. So, I went through some back issues of “Boys Life” and found an illustrated article about how to box if you thought the other person had an advantage of height, reach, experience. The next time my father had us put on the boxing gloves, it didn’t take long for my brother to be the one who started the argument.

The second experience was hearing Paul Simon in concert in New York singing “The Boxer.” While I recently learned that it is in no way a biograph song about him, I discovered it was about me: “in the clearing stands the boxer and the fighter by his side.” I like Marlon Brando, but I wasn’t going down the “I could have been a contender” road.

The third time was 14 years ago when I was diagnosed with two different types of blood cancer putting me in a rare cancer group. I chose not to fight cancer, rather to do what I was told by the great doctors at Sloan Kettering in New York and Abramson Cancer Center in Philadelphia. I referred to the whole experience as “an oil change” to make it easy to visualize and explain to others. I also chose a photograph of a crumbling auto factory in Michigan and put it alongside the state-of-the-art auto factory in Dresden of all places,  of all reminders. Through a simple affirmation process I put all my visual energy into the Dresden image.

It helped that from my window I could see the 59th Street Bridge, the title of another Paul Simon song about feelin’ “groovy”. Hey you take what you get: but you don’t fight it.

Pictured above is a famous painting by George Bellows: it is considered the greatest sporting painting in American sports—a masterpiece. It was originally known as “Dempsey Through the Ropes,” but now is simply know as “Dempsey and Firpo,” one of the greatest boxing matches ever. Something boxing aficionados can argue (fight) over for years to come.

The fight, which took place September 14, 1923, has been called the most savage two rounds in boxing history. You don’t have to take my word for it; check out all four minutes of the action here.

The fascinating details of the fight are here.

George Bellows (1882–1925) was regarded as one of America’s greatest artists when he died, at the age of forty-two, from a ruptured appendix. Bellows’s early fame rested on his powerful depictions of boxing matches and gritty scenes of New York City’s tenement life. But he also painted cityscapes, seascapes, war scenes, and portraits, and made illustrations and lithographs that addressed many of the social, political, and cultural issues of the day.

I wonder how he would paint the fighting that is going on today in the Halls of Congress, on the Streets of Baltimore and across America and in our homes? Are these fights worth having? Can we find a synonym for the word “fight”? What about

Half of these options start with the letter “a”, so there are many options before we get to zoned-out. What’s your preference?

There’s a hint for all of us: in the real fight it is a right hand that knocks Dempsey out of the ring, but Bellows shows paints it as a left. There might be a lesson here.

The Greek chorus was an integral part of ancient Greek theatre, a group of three or four performers who looked alike and spoke all at the same time. Their part was to comment on what was being said and help the audience know what the characters in the play were thinking. The chorus usually sang, or spoke. We honor that tradition here
hide information
Why Man Creates?

By Saul Bass
Part 1, The Edifice
Updated Posts
Patriotism, the Flag and the NFL

The easiest way for you to stay on top of what’s happening at Free American News is subscribe to our weekly update. Out every Friday morning, bright and early, it lists the latest post and has some exclusive extras. Please use the pop-up subscription form or click on the subscribe to newsletter box on the lower right-hand column.
Go to the Newsletter Subscription page
« Previous post
Crossing Sounds
Category
Community
Next post »
How to Pick a Democratic Presidential Candidate 2020