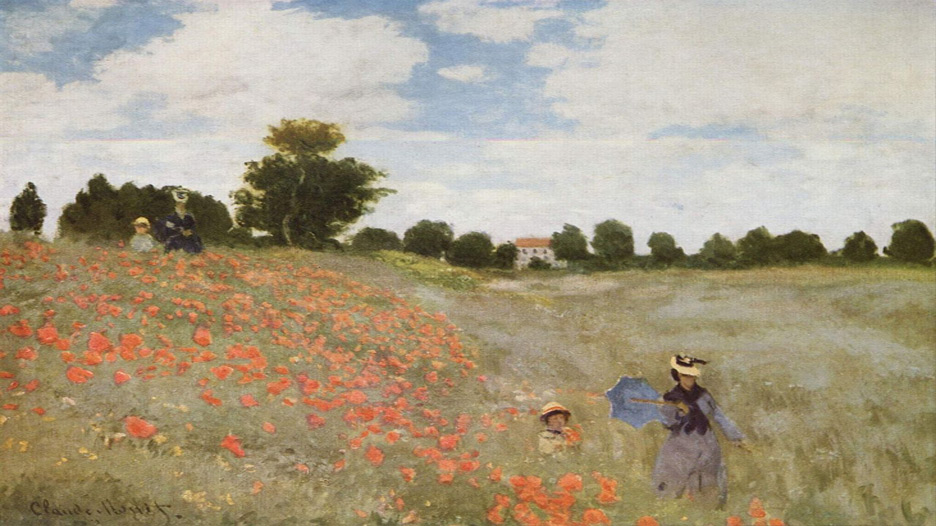 We’ve rounded up the usual suspects and added a couple of surprises. Each item on this list has at some point over the past 100 years been blamed for the drug abuse problems in America—some get more blame than others, but each has had its turn and many persist to this day.

Starting with the illustration above: both images show poppies, both can get you high, but only one depicts a plant that produces opium that in turn produces legal and illegal stuff you can get hooked on. The farmer’s son in Afghanistan is just helping out with the family business and Monet was among the first painters to move from realism to impressionism—precisely one of the lures of illegal drug use. Keep in mind that one of the primary reasons folks start using drugs is to alter the way they see the world. The impressionists just left a bigger handprint.

The blame list includes Frank Sinatra in “The Man With the Golden Arm,” a cop-on-the-take in Chicago, the Mexican border, a doctor in the White House (not who you think), the natural growing-up curiosity of a child, parents who drink in front of their kids, songs about drugs, the Super Narc Harry Anslinger, the 18th and 21st Amendments to the Constitution, movies that glorify drug use, the Beatles “Lucy in the Sky with Diamonds,” LSD of course, the Food & Drug Administration, jazz, big pharma, little pharma, the internet, the use of sacraments, from peyote to wine, in all kinds of religions.

In this day and age, this century, the current Top Cop in the country is once again going after pot users and wants them in jail at a time when nine states have made marijuana legal and 13 others have decriminalized it. It’s all a morality high horse ride for him, user be dammed. History be dammed.

On the medical/chemical side of the blame game, dopamine, a natural chemical that sends a pleasure signal to the limbic system in the brain belongs on the list. Of course, at the heart of this matter is the idea of pleasure: many object to pleasure seeking behaviors of others, even though we are all guaranteed “the pursuit of happiness.”

I’m sure I have left something out. Nothing on the list was invented for the list: each one has had a share of the blame for decades.

The biggest problem with this list is when anyone focuses on just one or two of these of items, we miss the big picture and avoid the complexity of the problems associated with drug use.

I (Josh Hammond) was on the frontlines of the first national drug abuse crisis in the US in the late 60s to the early 80s. It was all pre-internet, so all the reports today on drug abuse in the papers and magazines skip the 1960s-2000 period. No one reads David Musto’s definitive 100 Years of Heroin or his classic book that informed the first wave of drug abuse prevention thinking, The American Disease, published in 1973—not a typo.

Back then the same problems we have today were defined completely differently. Drug abuse (use of illegal drugs and misuse of legal drugs) was seen by many in policy and program positions as why people use drugs instead of what drug was being used.

But this is not a problem that can be defined away.

Like the discussion of any controversial social issue, it is best to have some of the facts before you weigh in. Personal experience is not a fact: that’s where a lot of the points go up in smoke. In addition to the facts, it is essential to have a clear statement of values associated with the behavior one is condoning or disapproving.

What is so interesting about drugs—thereby confounding the dialogue—the same amount of a drug produces a different effect depending on:

Yet, none of these variables are part of the discussion: you either are taking something or you are not.

Here is a starting point for understanding some of the drugs and who is taking them. Keep in mind, these numbers are fairly constant. Experimentation and use rates to not fluctuate like the stock market or the weather forecast.

The Washington Post has an interesting drug abuse test with some tricky questions unless you have the inside scoop about drugs. They have a useful map of which states are using what drugs. Not sure being sober will get you a higher score, but reading the multiple-choice answers will be funnier.

The rest of the series:

The Greek chorus was an integral part of ancient Greek theatre, a group of three or four performers who looked alike and spoke all at the same time. Their part was to comment on what was being said and help the audience know what the characters in the play were thinking. The chorus usually sang, or spoke. We honor that tradition here
hide information
Ringo Starr
“No No Song”

No no no no,
I don't smoke it no more
I'm tired of waking up on the floor
No, thank you, please,
It only makes me sneeze,
And then it makes it hard to find the door.
Updated Posts
Patriotism, the Flag and the NFL

The easiest way for you to stay on top of what’s happening at Free American News is subscribe to our weekly update. Out every Friday morning, bright and early, it lists the latest post and has some exclusive extras. Please use the pop-up subscription form or click on the subscribe to newsletter box on the lower right-hand column.
Go to the Newsletter Subscription page
« Previous post
Nah, You Can’t Get Facebooked Again
Category
Community
Next post »
Patriotism, the Flag and the NFL