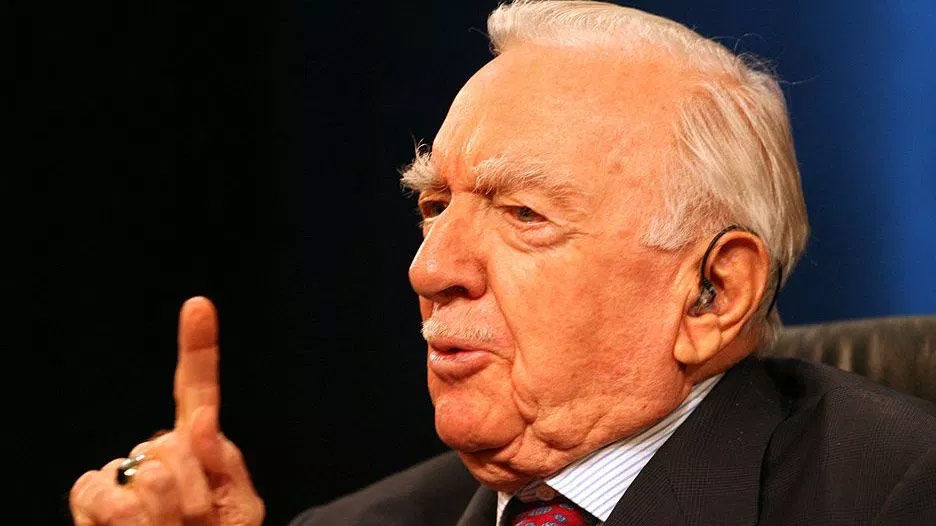 You will not see this kind of intensity, precision, concern, focus, and analysis on any news channel today. You will not go to bed at the end of your day with all you need to know–Cronkite’s ambient words: “And that’s the way it is.” Your trust pill for the night. It was Walter Cronkite’s signoff that nourished trust across the land.

His focus was the news. Personality came later in life, a by-product of his discipline and passion, for calling it what it was. He almost single-handedly ended the War in Vietnam doing and asking what reporters can’t or won’t do today. Now we have personalities above the news that focus on branding, staging, optics, one-upmanship, self-promotion and selling mugs and t-shirts.

Here is what the news looks like today. It’s a crime scene. All we did to this screen shot was dress-up MSNBC’s own taping by adding some yellow to their walled off news scene to make it more authentic. It also promotes their “crime”–trying to get everyone to argue and cause further division. 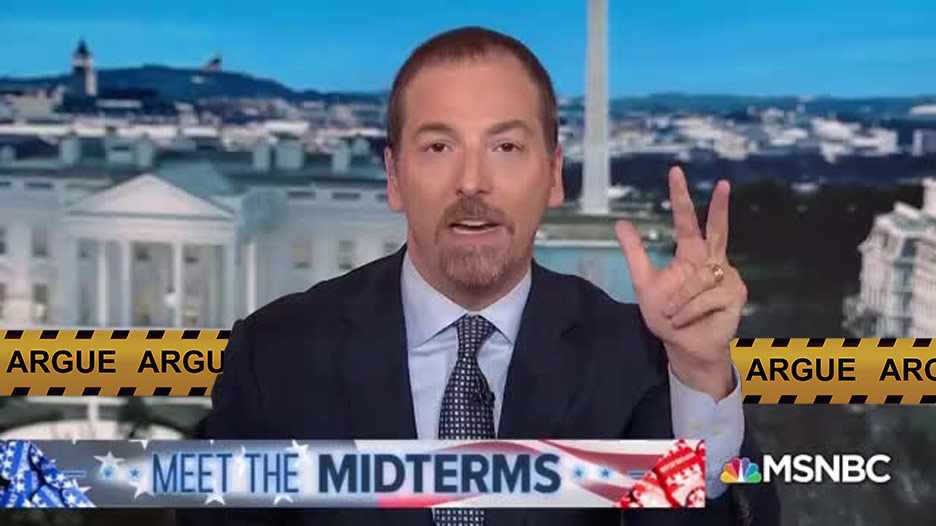 The cable news shows mirror the evening news. Copy-cats. Rehash of the news we know already. No fresh analysis. No insights. News written hours before. No humor. All brought to you by big pharma and new pills for ills you didn’t know you have. No pills for improving news have yet been invented. No updates except occasionally on “60 Minutes”. And don’t forget the Search for the Hero of the Week.

Essentially all news shows are:

I am not a news junkie the way I used to be. I watch about 15 hours of cable news and some network news a week. I watch some FOX, little CNN, a little News Hour, “60 minutes,” and MSNBC when the “A” team is on in the mid-to-late afternoon, except for the giggling baby-sitter Nicole Wallace, and Steve Kornacki, the utility infielder who is wardrobe challenged with gestures like a junior-high school basketball coach whose team has not practiced much. Nicole is in New York pretending to be in Washington with enough usual suspects–usually six or eight–from the New York Times and Washington Post to praise their reporting and thank them, oh so much for their time and insight—a repeat of what everyone else says. And to remind us constantly that she worked for one of the most media-manipulating administrations in memory, and one that lied big-time when she was involved in communications for George W. Bush. (Remember: When Clinton lied, nobody died!)

Except for the roving John Heilemann’s with his perceptive analysis and the acerbic Steve Schmidt who is in political rehab after years as John McCain’s political strategist, there is not a dime’s worth of difference between them, as George Wallace used to say.

(I have some claim to this criticism. I am a twice-published critic of drug abuse education films, over 200 of them, with the help of then New York Times Film Critic Judith Crist, actor Peter Fonda, the inimitable William Buckley, founder of National Review, who famously said about these films, “I wouldn’t show them to my doooog.” And Mama Case Elliot of the “Mamas and Pappas” rounded out the celebrity quotient of this review team that resulted in “banning” 90 percent of the most popular films in schools and military bootcamps. I’ve never produced a news show, but I have made commercials, documentaries, and conducted more than two dozen week-long national and regional communications workshops around the country for the first White House Drug Abuse Office established under President Nixon while he was preoccupied with other matters.)

The Most Floundering Network. MSNBC has not found its rudder. Only the High Priestess of Cliche and Contrived News Rachael Maddow ranks in the tope 5 according to Nielsen Ratings, which fluctuate from week to week. Chuck Todd is Exhibit A for The Peter Principle, rising to one’s level of incompetence. When he was political director, there was none better at poll analysis until he started calling surveys polls. He is the promoter-in-chief of arguing. He regularly uses the word argue and its variations 10 to 15 times in his opening segment. He has this new Chris Clilizza head back, eye-roll heavenward, over-articulation, hands up signaling an almost touchdown. It’s not read my lips, it’s read my body language. He has no original guests and repetition is his comfort zone. Katy Tur gives him a run for the use of the word argue. Instigating division and argument is their disquieting habit. Ali Velshi is the exception to the rut: he usually has something interesting to say. He is Canadian, of course.

Here is our take on how we see the networks competing with each other at the expense of the viewer. What do we get right? Where are we off? Which one is your favorite, or your default channel?

The easiest way for you to stay on top of what’s happening at Free American News is subscribe to our weekly update. Out every Friday morning, bright and early, it lists the latest post and has some exclusive extras. Please use the pop-up subscription form or click on the subscribe to newsletter box on the lower right-hand column.
Go to the Newsletter Subscription page
« Previous post
We Are All Above The Law
Category
Myth Makers
Next post »
Why We Are All Americans