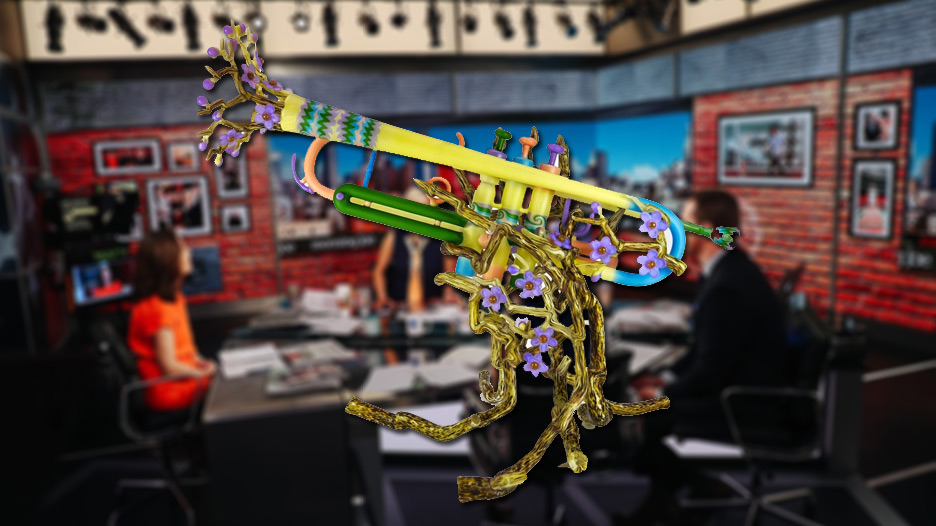 Nicole Wallace, the host of Deadline Washington on MSNBC, said on February 5, 2018, “If we’re not careful, we will become his [Trump’s] foil.” No Nicole: you already are his foil and you have been for some time from the beginning. Your show, Washington Deadline, regularly starts off with a Trump tweet. It is a tiring format: Even some of your guests think it is time for you to move on and cover the policy, not the man.

No one in politics can change the conversation more quickly than Donald Trump. He does this through his patented dialogue interruptus. Twice a day or more, starting with the morning feed. The press, like trained animals, bite every time. Unable to ignore or dismiss Trump’s Tweets, they have collectively gone to mocking him and talking about his base as though it were a flower vase or bar stool.

To give themselves imagined caché, the babbling press have almost in unison gone to the dry well and emerged with labels never heard in the Bible: Trumpian, Trumpism, Trumpantics. No doubt, some other labels were left on the cutting-room floor. New ones are in focus groups. Somehow this mindless labeling enables the press—in their own minds—to recoup some status for being a reporter in today’s dumbed-down exchanges and rote reporting. There is a dusty elitism from a bygone era heard around the edges. The race is to the one who has the most academic sounding one, the one with perceived thought and insight.

No president has a branding of someone else’s choosing. Others are comfortable with a branding by the press. For example, Obama did not object to the characterization of his presidency as “No drama Obama.” In Trump’s case there is no mutual respect. The flummoxed press is scattered like chaff. All we get is word-speak, the kind reserved for dictators and isms of fear and loathing. We talk about Herculean, Promethean and other stars of mythology. We muse about Orwell, both the actor and the author. All those labels are about what they did, not who they were. Not so with Trump. He must love the echo of his tweets rising to where the eagles sore.

Presidents get nicknames, usually of the mocking sort—James Buchanan was called Ten-Cent Jimmy, Grover Cleveland was labelled His Obstinacy and William Harrison was called General Mum. While those names were descriptive of how they conducted themselves, the names have now gotten personal as they have since Barak Obama became president. Bill Clinton was called The Big Dog and Slick Willie and Richard earned the name Tricky Dick, but Trump has not earned a title or any aphorisms that might stick on a muddy wall. And it is true, the term “Reaganesque” was applied to Ronald Reagan, and then it was discovered he had Al Hammer’s disease, as John Irving calls it.

So why do we talk about Trumpism, Trumpian, Trumpesque with such such odd labels and repeat them like some Prep School Valedictorian? He must relish the adoration, the attention, and he knows that bad attention gets as much results as good attention, sometime better.

The Greek chorus was an integral part of ancient Greek theatre, a group of three or four performers who looked alike and spoke all at the same time. Their part was to comment on what was being said and help the audience know what the characters in the play were thinking. The chorus usually sang, or spoke. We honor that tradition here
hide information
With Paul Simon, Stevie Wonderand The Dixie HummingbirdsIf I was PresidentAnd the Congress call my nameI'd say ''who doWho do you think you're fooling?''I've got the Presidential SealI'm up on the Presidential Podium
My mama loves me
Updated Posts
Patriotism, the Flag and the NFL

The easiest way for you to stay on top of what’s happening at Free American News is subscribe to our weekly update. Out every Friday morning, bright and early, it lists the latest post and has some exclusive extras. Please use the pop-up subscription form or click on the subscribe to newsletter box on the lower right-hand column.
Go to the Newsletter Subscription page
« Previous post
Only Three Can Claim Revolution?
Category
Amnesia
Next post »
Mirror, Mirror on the Oval Office Wall