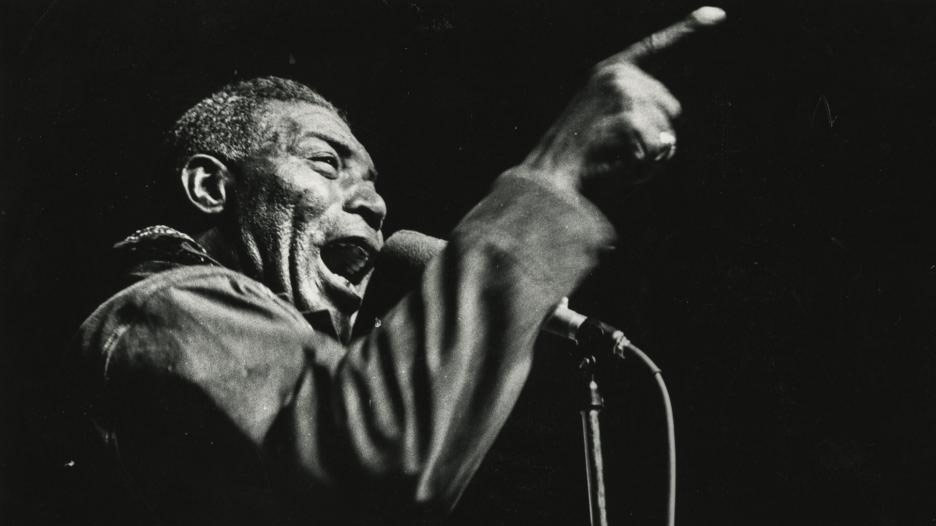 The blues originated in the deep South, Attorney General Jeff Sessions country, among African-American slaves in the early 19th Century, but it was not popularized until the 20s and 30s, a little over 100 years ago.

The best thing about the blues is it starts in the dark blue with troubles but it ends in sky- blue with hope, redemption and reunion.

White boys don’t sing the blues: they try, but a lot is missing. Some, like Eric Clapton can play what sounds like the blues, but he can’t sing the blues. I was mislabeled by Rolling Stone Magazine in a story they did about me many years ago: they tagged me John Hammond, an up and startin’ white blues singer. I caught up with John some years later and we had a good laugh about the mix up.

A fun part of the blues is their names. Howlin’ Wolf, pictured above, is one of my favorites. There are no Tom, Dick or Harrys in the blues. No Donalds. A roll-call of some of the greats would include Blind Lemon Jefferson, Lead Belly (pronounced like the metal), Ma Rainey, Muddy Waters, Blind Willie Johnson (using a president’s last name is part of the naming process, except you can’t include most of the recent ones, except Carter, as in Bo Carter and Clarence Carter).

Donald Trump is white and can’t sing the blues. He can cause others to sing ’em, but he can’t. Don’t know of anyone who sings the blues with the name Donald. Just a sec: I’ll check. As I assumed, the are none. There is a Donald Ray, but he is more of a band and back-up guy, more R&B. (Correct me, if I am wrong.)

Once you pick a name you like, you’ll no doubt find some songs they play that set you on stomp. For my guy Howlin’ Wolf, here is one of his tunes is “Evil” or as he sings, “Evil is going on.”

Now you can write a blues line or two and post it in the comments below. Who knows, we might get a chain-post going and have a real song on. But you first need to change your name.

Editor’s Note: Here is a great tutorial for how to write the blues. It was written by an amateur for ordinary folks. It looks like a lot of fun. Surprise everyone at your next family reunion or traveling buddies this Summer.

What are some of your favorite names for blues singers, real or imagined?

The Greek chorus was an integral part of ancient Greek theatre, a group of three or four performers who looked alike and spoke all at the same time. Their part was to comment on what was being said and help the audience know what the characters in the play were thinking. The chorus usually sang, or spoke. We honor that tradition here
hide information
"Refugee Blues"A Poem by WH AudenCame to a public meeting; the speaker got up and said;"If we let them in, they will steal our daily bread":He was talking of you and me, my dear, he was talking of you and me.Full Version
Updated Posts
Patriotism, the Flag and the NFL

The easiest way for you to stay on top of what’s happening at Free American News is subscribe to our weekly update. Out every Friday morning, bright and early, it lists the latest post and has some exclusive extras. Please use the pop-up subscription form or click on the subscribe to newsletter box on the lower right-hand column.
Go to the Newsletter Subscription page
« Previous post
A Song For The Border
Category
A Break
Next post »
To Watch or Not To Watch